Posted on March 9, 2016 by PSOC support No Comments 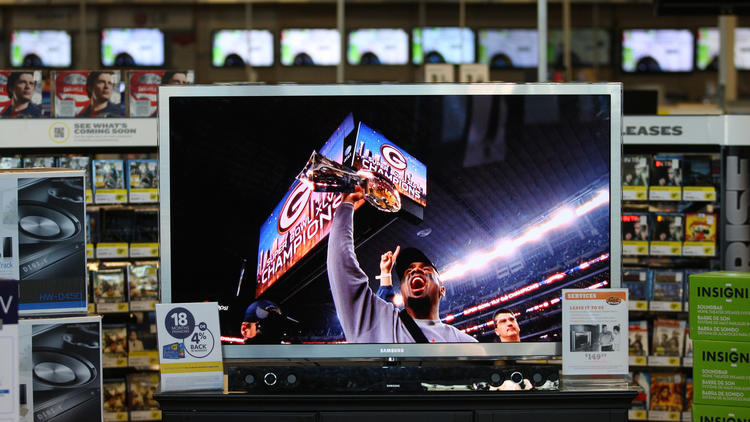 Under California’s Lemon Law, manufacturers of most household electronic goods that sell for more than $100 have to provide spare parts for up to seven years, regardless of warranty status.

California’s Lemon Law is intended first and foremost to keep new-car buyers from being stuck with a hunk of junk.

But here’s something you may not know: The law is also a powerful weapon for ensuring that your pricey electronic gadgets don’t end up in the dumpster any time they break.

Under the Lemon Law — a.k.a. the Song-Beverly Consumer Warranty Act — manufacturers of most household electronic goods that sell for more than $100 have to provide spare parts for up to seven years, regardless of warranty status.

If they fail to do so, lawyers say, consumers have a strong case for demanding a replacement product.

Jeff Cummins, an associate professor of political science at Cal State Fresno, discovered that after he purchased a 50-inch Sony TV for $800 in June. “It had all the bells and whistles,” he told me.

A few weeks ago, disaster.

Cummins’ 5-year-old son was horsing around with friends and a toy ended up hitting the TV. This caused a small crack within the screen and a black bar to appear from top to bottom. Cummins was, to put it mildly, not pleased.

Recognizing that the problem didn’t involve a manufacturer’s defect, he was certain he’d have to pay for a repair. He contacted Best Buy, where he’d bought the TV. They told him to take up the matter with Sony.

Cummins called Sony back. This time, he said, a service rep instructed him to contact Sony’s supplier and confirm that the parts truly were unavailable. Why Sony couldn’t do this itself, neither Cummins nor I can say.

But Cummins chased down the supplier and, indeed, no parts. He called Sony again. A supervisor said the only thing

the company could do was offer a 15% discount on a new TV. He said he’d email a coupon.

“I waited a week,” Cummins recalled. “Nothing ever came.”

At this point he remembered something the Precision Television technician had mentioned. The guy said he’d faced this issue in the past and believed the Lemon Law could help.

Cummins checked it out.

Section 1793.03 of the Lemon Law stipulates that any manufacturer of a TV, stereo, computer or similar electronic device worth at least $100 “shall make available to service and repair facilities … functional parts to effect the repair of a product for at least seven years after the date a product model or type was manufactured.”

It also says spare parts must be available “regardless of whether the seven-year period exceeds the warranty period for the product.”

A spokesman for California Atty. Gen. Kamala Harris confirmed to me that “replacement parts for many electronic goods have to be available for up to seven years.”

Cummins called Sony yet again, and this time he was armed for bear. When a service rep indicated that there was nothing to be done, Cummins cited the Song-Beverly Act. Take a good, hard look at Section 1793.03, he said.

The service rep said he’d pass that along to his superiors. The next day, Cummins was informed that he’d be getting a new TV.

There are a number of things here that merit scrutiny. Why did Sony make a customer jump through so many hoops? Why was it the customer’s responsibility to determine the availability of parts? Why did a customer seemingly have to educate the company about its legal responsibility?

A Sony spokesman said he didn’t have enough information to comment on Cummins’ experience.

“The plain meaning of the statute is that they have to provide parts, even though it goes beyond the warranty,” he said. “If they can’t do that, they have to make good some other way.”

To me, the lesson here is that makers of pricey consumer electronics better be flexible if they choose not to have plenty of spare parts on hand. The law isn’t on their side.

And it’s entirely possible that, as Cummins found, you’ll have teach the company about the law. Even some of the attorneys I spoke with were surprised to discover that the Lemon Law addresses replacement parts for out-of-warranty electronics.

Cummins’ advice to others: Don’t give up, even if a company appears to be deliberately throwing obstacles in your path.

“What I learned is that it takes a lot to get something like this done,” he said.

The replacement TV arrived Wednesday. It was broken. There’s a purple line running vertically across the screen.

As of Thursday, Cummins said he was dealing with multiple Sony service reps to get it replaced.